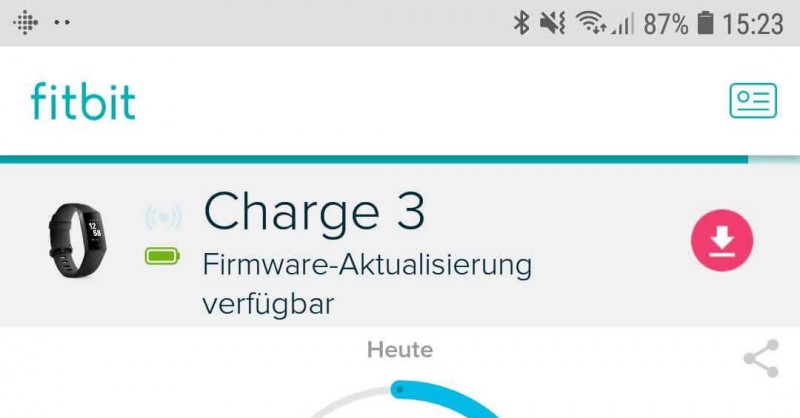 In April 2019 a firmware update for the Fitbit Charge 3 was introduced step by step. I myself am the proud owner of Charge 3, but the update raises a few questions. When, how and what? Let's take a closer look at the Charge 3 update from April.

When do you get the update?

Fitbit will release Firemware updates step by step. So not all users get the updates at the same time. Meanwhile the April 2019 update is completely unrolled.

According to which criteria the 50% can be determined I cannot say at this point. The few days between the data, however, everyone should bear. I suspect that one reason for the step-by-step introduction is the server load at Fitbit. By splitting it up, Fitbit can reduce the load a little and avoid downtime.

How do you get the update?

The update for your Fitbit Charge 3 will come back automatically. Either on the watch itself or in the Fitbit app. If you can't see it on the watch, don't despair. You can get the update via the app at any time.

The installation of the updates may take some time. It is best to start the installation if you are not on the road and do not have to leave in a short time.

What do you get from the update?

Unfortunately there is little or no information about the Charge 3 update. Fitbit is very cautious here and only expresses itself with one sentence:

That's a shame. Also on inquiries no more exact information came yet. Maybe Fitbit will supply more information here. In the past version 1.49.45 for Charge 3 the manufacturer was a bit more communicative:

As soon as there is more information I will add it here. You are also welcome to contribute your knowledge to the topic through the comments.
Tags: Fitbit, News The article is written by Lucas B and published on 30.04.2019.