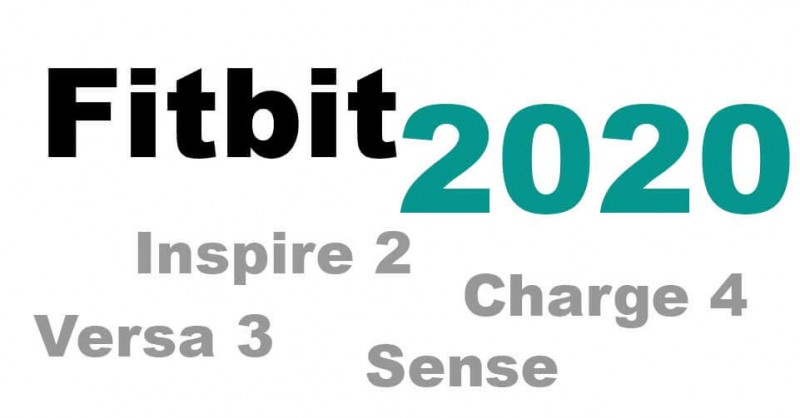 As expected, the next Fitbit updates will be available towards the end of 2020, in September. Personally I even expected less, as I already wrote in the article about the conjecture about Fitbit in 2020. This will be the last update in 2020 from Fitbit. After the Fitbit Charge 4 three more devices will follow.

The Fitbit Charge 4 was released at the beginning of 2020 and should be known to most people by now.

The big feature of the Charge 4 was and is the built-in GPS, which many had been waiting for. Besides a few functions in the software there was no big difference between the Charge 3 and 4.

However, Charge 4 was the first device after the Fitbit Ionic to have built-in GPS.

As already suspected, Fitbit has really launched the Fitbit Versa 3*. The specials here:

That's what it was with new things on the Versa 3, and in the comparison between Versa 2 and 3 not much happened. So it's hard to decide if a change is worth it. Only if a built-in GPS is important to you, the change makes sense. The Google Assistant is not really important and interesting in my eyes.

You can use GPS with the predecessor also over the connection to your cell phone. Connected GPS is called that. The advantage to the built-in GPS is of course a more stable and therefore more accurate recording. In addition, you can use the GPS without your smartphone from the house.

The Fitbit Inspire was launched some time ago as a low-budget fitness tracker. However, the Fitness Tracker has not become very popular. At that time there were also two versions. However, only the Fitbit Inspire HR makes sense, as you can read in the comparison between Inspire and Inspire HR.

A version without pulse sensor is no longer available for the Inspire 2. In my opinion, this one didn't make sense either.

With the Fitbit Sense* Fitbit creates a new series that brings some new features:

These are finally major changes in the Fitbit company. Features that make the Smartwatch more competitive. So far Fitbit has proven itself more in the area of fitness trackers. In the Smartwatch segment, the manufacturer has lagged somewhat behind. Here Fitbit offers really interesting new things. But the Fitbit Sense also costs a good number more. The Fitbit Sense is probably the replacement for the Fitbit Ionic 2, which many had been waiting for a long time.

Of course, the comparison between the Fitbit Versa 3 and Sense (versopo.com) is also interesting. As you can see in the technical data, both are identical except for the points mentioned above.

Fitbit and Google - It is not yet decided

At the beginning of the year the news went through the media: Google bought Fitbit. Short time later it became also already calmer around the topic. Until now the takeover is not yet completed. In extreme cases, the takeover could even burst. That has legal reasons, since Google could get too much power.

But it is interesting to note that the new devices have not only Alexa but also the Google Assistant integrated, which speaks for the takeover of Google.

For a long time Fitbit was criticized for the missing GPS. Now Fitbit has finally followed suit and removed the important devices with integrated GPS. Thus the list of Fitbit devices with GPS has grown considerably.
Tags: Fitbit The article is written by Lucas B and published on 26.08.2020.