Garmin Fenix 6 - Comparison of models - Where are the differences? 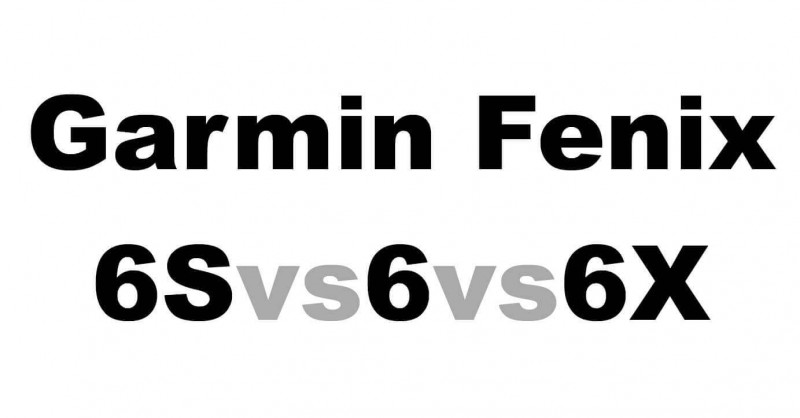 The Garmin Fenix 6 is available in different versions. The price and functions are different. This was already the case with the Fenix 5. The choice doesn't make it any easier. This is the reason why you can compare the Garmin Fenix 6 models here.

The letter after the version number indicates the size of the Garmin Fenix 6. This was also the case with its predecessors, such as the Fenix 5.

In addition, the sizes logically differ in the diameter of the display. This also affects the resolution and, of course, the weight of the watches. Differences can also be noted in the battery life, as you can see in the table.

All variants (6S, 6 and 6X) are also available as Pro Version. There are also some differences.

The Pro version offers the advantage of music. You can store music on the Garmin Fenix 6 Pro and control and listen to it directly from the clock. This means that the version also has a much larger memory of 32 gigabytes. With the normal versions, this is only 64 megabytes and can logically not be used as music storage.

In addition to stored music, you can also stream music. Spotify in is also possible here. For this you need WLAN. This is only installed in the Pro version, but does not make much sense in the Basic version.

The Pro and Sapphire versions offer even more sports functions:

Material of the watch and the bracelets

In contrast to the normal versions, the Pro and Saphire Editions have different materials to choose from. This refers to the watch itself and the bracelets.

With the bracelets, however, this is not quite so relevant, as they can be easily changed. This also applies to the normal version of the Garmin Fenix 6. Any 22 millimeter watch straps can be used.

The material of the watch itself is more interesting. Here you have steel, titanium or carbon to choose from. This was already the case with older versions of the Garmin Fenix. Of course this also affects the price.

As the name suggests, the Fenix 6 Solar can be charged by solar energy. However, this is not enough for complete charging. The battery life can be prolonged here in solar radiation. The estimated values here vary from 10 to 15 percent.

This is interesting in any case. However, you must also be aware of the higher price. I think in time this technology will prevail and have its advantages. This will also reduce the price of solar to smartwaches.