Jabra Elite 75t vs Elite 65t - Where are the differences? 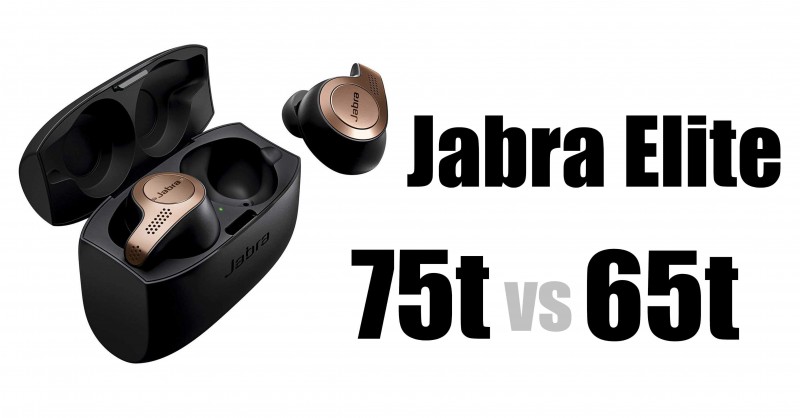 The Jabra Elite 75t is the successor of the Jabra Elite 65t. Both are very similar in-ear headphones. What's new? Where are the differences? Should you upgrade? Let's take a look at the devices in comparison.

Optically the differences are relatively small. Both models are still quite compact and do not look clunky in the ear, as is the case with some inexpensive models. Especially devices from China do not perform very well here. But back to the Jabra Elite - more interesting is the difference in technology.

The battery life is the pivotal point of the two headphones. The older Jabra Elite 65t offers 5 hours less battery life than its successor Elite 75t. It has 7.5 hours to offer, which is an enormous difference especially in relation.

For the Jabra Elite 75t even a wireless charging function is planned, which is not included. How exactly this looks like remains to be seen.

The 4 microphones of the Elite 75t are also highly praised. This is no upgrade compared to the Jabra Elite 65t. The Elite already has 4 microphones to offer a better voice quality on the go.

However, there is an upgrade for the USB port. Here comes the newer Jabra Elite 75t with USB-C. The predecessor still has MicroUSB installed. A thing that many manufacturers made in 2019. USB-C is also the current standard.

For the sporty use there is however still the Jabra Elite Sport*, which offers still a few more functions for the sport.

From the facts, the Jabra Elite 75t is of course better than its predecessor. However, the difference lies primarily in the battery life and an optimized case. In my opinion, this hardly justifies a switch. Only if you really have problems with the battery life of your Jabra Elite 65t, you should think about switching. The new USB-C port is not a sufficient argument from my point of view.

When buying a new one, the price is very important. With the older Jabra Elite 65t you can definitely save some money. For a little more budget you can get the Elite 75t with its much longer battery life.
Unsere Bewertungskriterien
Tags: ProduktvergleichVS, Kopfhörer, Jabra The article is written by Lucas B and published on 17.09.2019.