Fitbit Aria 2 vs Aria Air - Where are the differences? 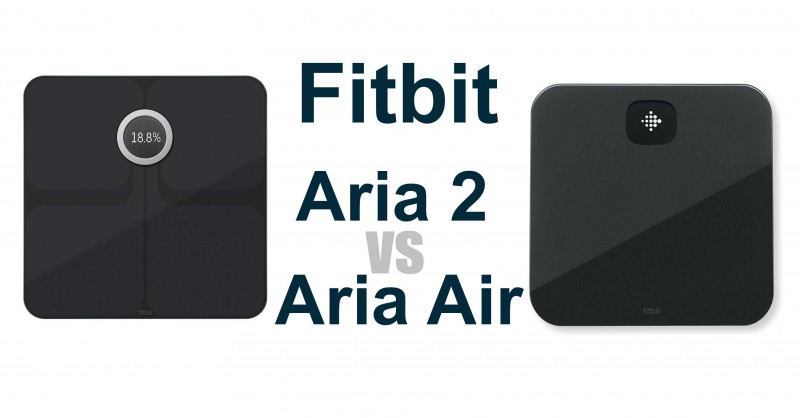 A huge difference lies in the measured values. The Fitbit Aria Air offers much less here. You only get the body weight and determined BMI. The BMI is calculated based on height, weight, age and sex. It is therefore not a direct measurement.

The special feature of smart scales is the data transmission. The data is measured by the scale and then transmitted to Fitbit. But in different ways.

The Fitbit Aria 2 has a WLAN interface. Here the measured values are automatically transmitted to Fitbit via WLAN. This is much more convenient and also offers an enormous advantage.

The scales are relatively similar in design. However, this is not surprising. Scales usually look very similar.

On the pictures it does not look like that, but both devices have a display built in. So both scales show the measured values after the measurement. Logically, the Aria Air only shows the body weight, as the body composition cannot be measured.

At 1.94 kilograms, the Fitbit Aria 2 is slightly heavier than the smaller Aria Air. The device has a weight of 1.77 kilograms. Although this is not particularly relevant for body scales.


Which scale is better?

The Fitbit Aria 2* is definitely the better choice. You get more data and automatic synchronization via WLAN.

The Fitbit Aria Air* is much cheaper, but offers you less. You only get body weight and BMI. You also have to synchronize the scale manually via Bluetooth.

Tags: ProduktvergleichVS, Körperwaage, Fitbit The article is written by Lucas B and published on 08.01.2020.