Huawei Watch GT vs GT 2 - Where are the differences? 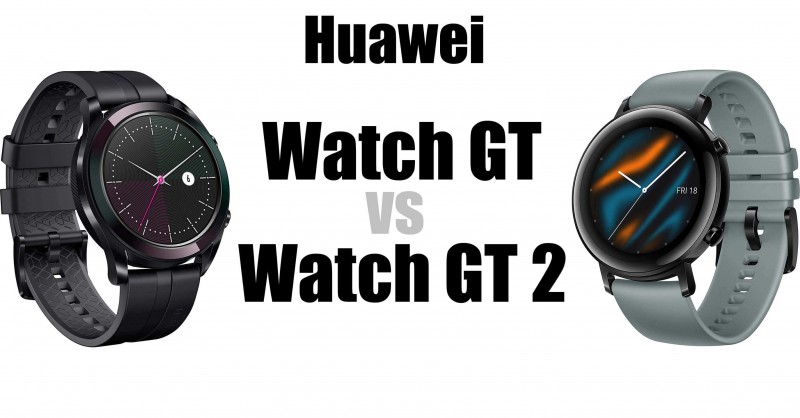 After the Huawei Watch GT, the manufacturer has launched the successor Huawei Watch GT 2 on the market. This of course leads to the question about the differences and which Huawei Smartwatch is better for you. Let's have a look at the two devices in comparison.

The differences here refer to optics, size, weight and also the battery life. The functions are identical in both versions.

The larger versions are logically heavier for both generations. The Huawei Watch GT 2 is significantly more compact in both cases. Not only the actual size is smaller. Also the optics are made to make the Huawei Watch GT 2 look smaller. The specifications here refer to the weight of the watch without bracelet:

The display does not differ between the generations. Only between the 42mm and 46mm version there are differences:

The difference between the generations relates much more to the technical data. First and foremost on the sensors installed.

But there is another difference. Because the Huawei Watch GT 2 supports Bluetooth phone calls.

All in all Huawei has given the WatchGT2 a few more functions. You have more possibilities to record your sports and activities. This includes a larger selection of sports as well as TruSleep 2.0 (sleep measurement) and TruRelax (stress measurement).

Of course, the Huawei Watch GT 2 also offers you notifications of messages and calls.

It's more a hint than a difference. Despite NFC, Huawei Watch GT 2 does not offer you the possibility of mobile payment. This is unfortunately the case with many devices from Asia. One reason for this is that American companies like Google do not work with China. This of course leads to problems with Google Pay or Apple Pay. In Asia it may well be possible to pay with the Huawei Watch GT 2. This was also the case with the Mi Band 4, for example.

Briefly a few important similarities, which you get with both models:


Which Huawei Watch GT is better for you?

You get 4 GB internal memory, the possibility to make phone calls via Bluetooth, better performance due to the hardware and more functions on the watch itself.

The Huawei Watch GT* is not a bad choice, but in comparison the predecessor comes off worse. The advantage of the older generation is of course the price.

Whether you choose the Huawei Watch GT 2 in 42mm* or in 46mm* depends on your preferences. The only difference between the two variants is the size. The functions and hardware of both clocks are identical.