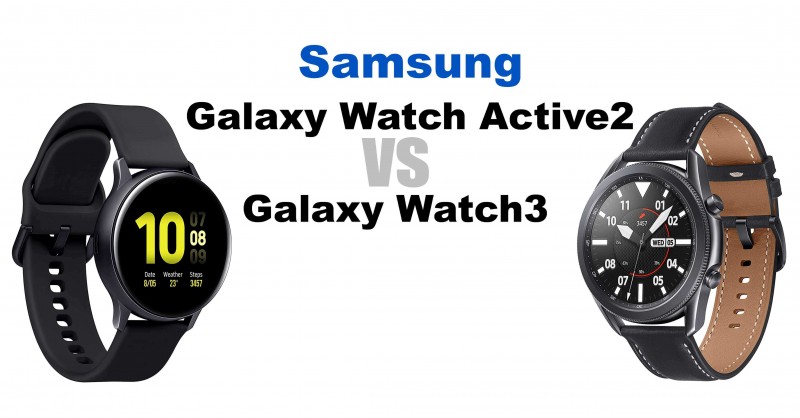 The Samsung Galaxy Watch Active2 did not deliver what many expected. Especially the missing rotating bezel disappointed many Samsung fans. There was only a digital version.

Both generations are available in two sizes each. However, the Samsung Galaxy Watch3 is 1 millimeter larger in both variants.

The two watches have many similar functions related to fitness and health. But with the Samsung Galaxy Watch3 you get a few more functions. These include for example:

The rotating bezel seems to be the core element of the new Samsung Galaxy Watch3*. Despite the physical element, the watch is not significantly heavier. Samsung has thus succeeded in a good implementation.

Many loyal Samsung fans will be happy about this upgrade of the Samsung Galaxy Watch3.

Both watches are available with LTE. However, a special version must always be purchased. You can easily recognize this by the addition LTE. The devices are of course a bit more expensive. LTE is available in the smaller and also larger versions of Samsung Galaxy Watch Active2 and Samsung Galaxy Watch3.

Which Samsung watch is better?

As you can see in the comparison, both watches are very similar. The differences lie in the slightly larger dimensions and the physical rotating bezel.

One criterion for the Samsung Galaxy Watch3* would be the design. But for that you have to dig a little deeper into your pocket.