Spikeball vs Spikeball Pro - What are the differences? 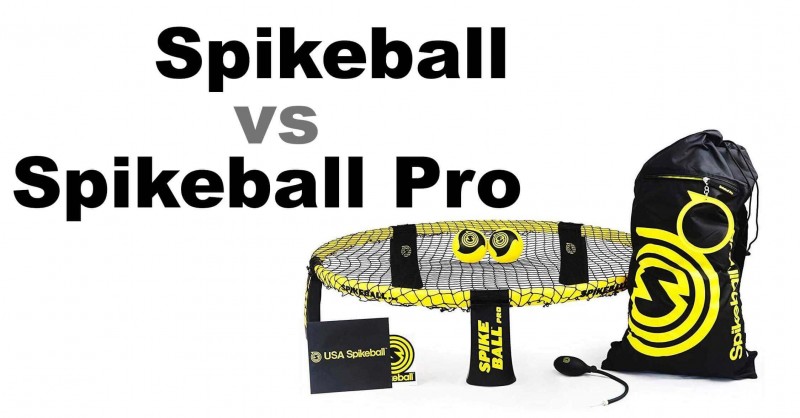 Roughly speaking, the Spikeball Pro Set* is standardized and suitable for competitions. The normal set* is intended for hobby use. Therefore, the accessories and also the design of the two Spikeball versions differ.

The Spikeball Pro set is a little thicker overall and therefore more stable. This refers to the ring and the feet from the net.

The feet of the Spikeball Pro set have two small tips on the bottom. These are used to make the net stand more solid and stable on the ground.

All in all the normal Spikeball set is a bit more unstable, but not unusable.

The balls of the two variants also differ. The normal spike ball is only yellow. The ball from the Spikball Pro Set still has the logo painted in black. So you can see the rotation of the ball better.

The Spikeball Pro set also contains a ball pump and a mould to get the right size of the ball when inflated. You do not have this in the normal Spikeball set.

In the number you get 3 balls with both sets.

The pockets of the two variants also differ significantly. With the normal Spikeball set you get a relatively simple bag. The carrying straps are made of thin and simple cords.

Which Spikeball Set is better?

The big advantage of the Spikeball Pro Set* is the higher quality and better stability from the net. You also get a pump for the balls with a mould for the right size. The balls also have a logo printed on them, which shows you the spin of the ball when you throw it. However, you have to reach a little deeper into your pocket for this.

My recommendation for you is the normal Spikeball Set*, as it is a good deal cheaper to buy.