Polar Grit X vs Grit X Pro - Where are the differences? 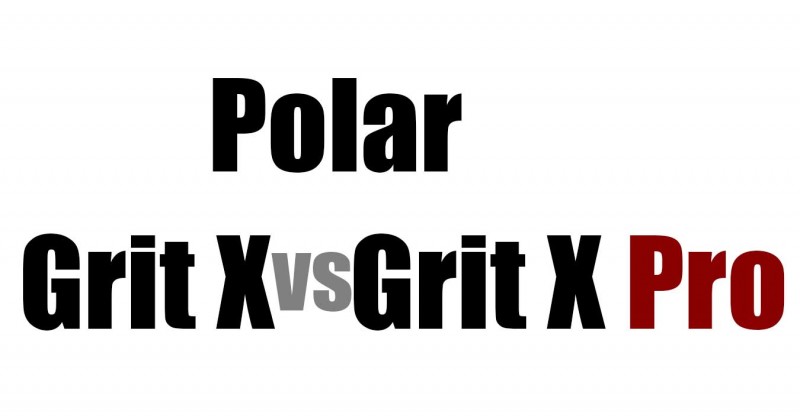 Overall, the Grit X Pro* is the professional model, as the name suggests. In comparison, the focus is particularly on the options for outdoor use. The Grit X Pro was designed more robustly and also expanded in terms of functionality.

The optics have remained essentially identical. However, the Polar Grit X Pro has engraved compass markings. However, this is not the big difference, which makes the Grit X Pro more resistant.

Compared to the Grit X, the Grit X Pro* has a sapphire glass installed. This is much more scratch-resistant than the Corning Gorilla Glass of the Grit X*. This does not affect the touchscreen operation.

In addition, the Grit X Pro comes with improved wristbands. Polymer wristbands are used, which are more robust than the silicone wristbands of the Grit X.

Both models are protected against harsh outdoor conditions according to military standard MIL-STD-840G. This includes dust, mud and shocks. Compared to other watches, both models are also suitable for extreme temperatures. They can be used from -20 °C to 50 °C.

Both the Polar Grit X and the Grit X Pro are waterproof up to 100 meters. Thus, there is no difference here.

Route planning and routing have been optimized in the Polar Grit X Pro. This includes, among other things, the sub-talking and rescheduling of routers during an activity.

The Grit X Pro also offers the option of displaying the altitude profile. As well as the height of route sections to look closer.

Additionally there are Track Back and Reverse Route to get back to the start. You may be familiar with this from the Garmin Fenix 6 models.

In addition to navigation, other features have been added that are only available on the Polar Grit X Pro.

Which Polar Grit X is better?

Clearly, the Polar Grit X Pro* is the better of the two models. I think that will be clear to everyone quickly. However, I would say that many functions are not absolutely necessary.

Especially the optimization for outdoor use is only interesting if it is really very rough with you. The normal Polar Grit X is also already very well suited for outdoor use.

With the range of functions, it is of course more exciting again. You already get various functions, which may well be of interest to everyone. Especially the Recovery Test and Recovery Pro could also be relevant for you.

In the end you have to decide if you want to pay the extra price. The Polar Grit X* is also a very good choice.
Tags: The article is written by Lucas B and published on 06.07.2022.