buffcoach.net
buffcoach.net
Login
Magazin » Test & Vergleich » Garmin vivosmart 4 vs 5 - What are the differences?

Garmin vivosmart 4 vs 5 - What are the differences? 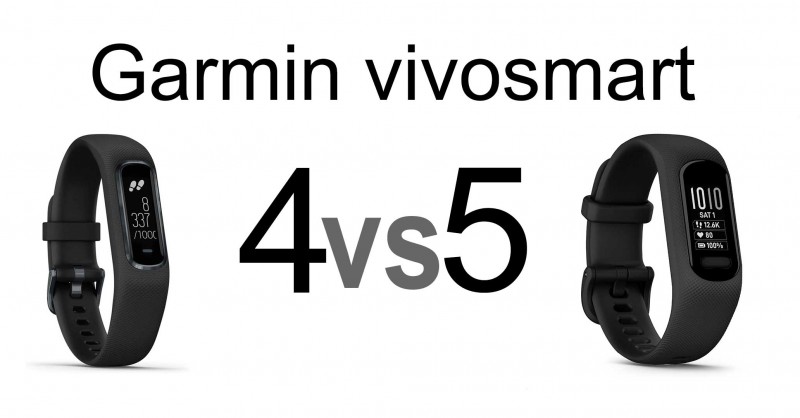 The resolution has also been improved in the successor with it. With the Garmin vivosmart 5 you get now 88 x 154 px. The predecessor has 48 x  128px.

Overall, the Garmin vivosmart 5 has become larger than its predecessor:

The weight has thus grown accordingly to 14.5 g. The Garmin vivosmart 4 weighs 16.5 g. In the large version, both are still slightly heavier.

Does the Garmin vivosmart 5 have GPS?

If you are interested in GPS and want to stay in the same segment, you should rather reach for the Fibit Charge 5 or Fitbit Charge 4. Both offer more and also have built-in GPS (Comparison Fitbit Charge 4 and 5).

A function, however, which is buggy either way with many fitness trackers. Especially in warm weather, counting floors often does not work properly.

Although both fitness trackers have a blood oxygen measurement, only the vivosmart 5 also measures throughout the day. The Garmin vivosmart 4 can only use Pulse Ox during training mode and optionally during sleep.

A special feature, which I already announced at the beginning in the comparison: The security function at the Garmin vivosmart 5*.

With this, the fitness tracker detects when something unusual happens during an activity. For example, if you fall off your bike. In that case, the fitness tracker can send a message to a specific contact. The function is also known from the larger models, such as the Garmin Fenix 7. As a small SOS tracker so not a bad choice

Which Garmin vivosmart is better?