Ultimate Ears Boom 2 vs 3 - Where are the differences? 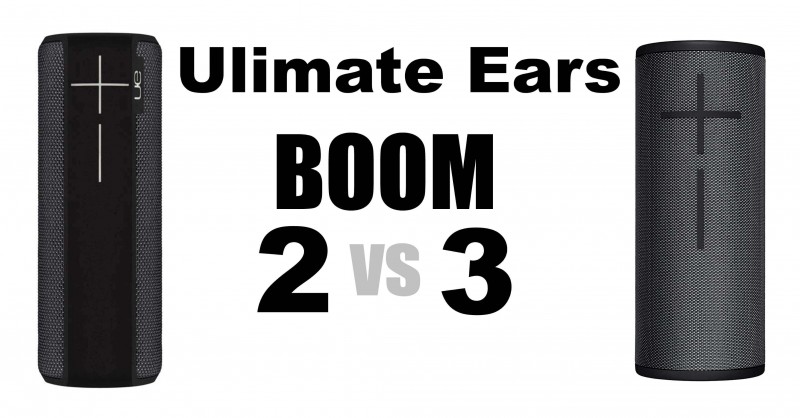 The newer Ultimate Ears Boom 3 is a little bigger than its predecessor. The Boom 3 has a diameter of 73 millimetres. Boom 2 was still 67 millimeters. In height the Boom 3 with 184 millimeters is also slightly ahead of the Boom 2, which has a height of 180 millimeters.

With its weight, the Boom weighs 3,608 grams. This makes it somewhat heavier than the Boom 2 with 548 grams.

Overall, however, the differences in dimensions and weight are very small. In terms of appearance, the devices hardly differed and remain faithful to the Ulimate Ears Boom series.

There is no difference in battery life between the two speakers. Both can play up to 15 hours of music. Both are charged in the same way via Micro USB.

Both speakers are waterproof, but in a different standard. The Boom 3 is rated IP67. Boom 2 only with IPX7. What does that mean now?

Basically, that doesn't make any difference here either. Both are classified with the second digit 7. This means that both devices can be completely submerged in water for up to 30 minutes. In the depth up to 1 meter. The first digit stands for dustproof, which is a small addition to the Boom 3.

A more interesting point is the range of the two Bluetooth speakers. Here the new Ultimate Ears Boom 3 is a bit ahead. There the range is 45 meters. The Boom 2 is 33 meters here.

Which Boom speaker is better?

The differences between the Boom 2 and the Boom 3 are quite small. The newer Ultimate Ears Boom 3* gives you a little more range and dust protection. It's slightly larger and slightly different in appearance. With the Boom 3 you get the more recent model.