buffcoach.net
buffcoach.net
Anmelden
Magazin » Test & Vergleich » Sennheiser Momentum 2 vs 3 - Where are the differences?

Sennheiser Momentum 2 vs 3 - Where are the differences? 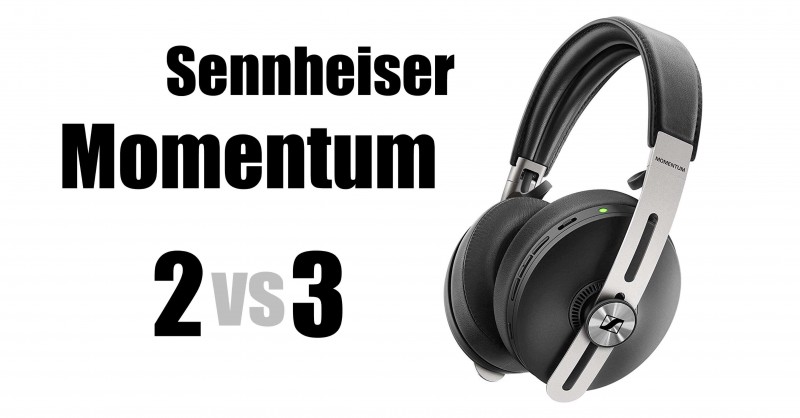 Differences between Sennheiser Momentum 2 and 3

Optically both are very similar, but the technology is different.

The auricle has become somewhat larger in this context, which was probably a criticism of many customers for the older model. Also the temples of the Momentum 3 are longer. This makes the fit a bit more flexible.

The temple doesn't have a slot in the middle, as was the case with its predecessor. But the padding has become a bit stronger.

The Sennheiser Momentum Wireless 2 is from 2015, when voice control was far less pronounced than it is today. The year 2019 generally seems to be the year of voice control. A lot of manufacturers integrate Alexa, Google Assistant or Siri into their devices. Siri is playing an ever smaller role.

Sennheiser did the same with its Momentum Wireless 3. The assistant is started via a button on the side and reacts to commands.

Automatic switching on and off

Another upgrade is the automatic control. As soon as the headphones are folded, the device switches off. A big advantage for battery performance. A function that I find extremely practical.

The Sennheiser can also pause the music when the headphones are removed. That's also a big advantage. Both for music and podcasts or audiobooks*.

The Sennheiser has a Tile Bluetooth Tracker built in. This allows you to locate the headphones if they have been misplaced. Not so important for Overear headphones, but a new feature for the Momentum 3.

Active Noise Cancelling has been significantly improved by Sennheiser in the third generation of headphones. This provides even better protection against external noise. And now you also have the choice. The newer Sennheiser Momentum Wireless 3 has three levels for the ANC mode, which can be controlled via the app.

In addition to the three stages, the new generation also has Transparent Hearing. Important noises such as cars or announcements at stations are not filtered out. A big bonus for safety. The function can be switched on or off completely.

At 17 hours, the battery life of Momentum 3 is lower than that of its predecessor. The Momentum 2 offers up to 22 hours. This is quite interesting, as the battery capacity is the same at 600 mAh.

Additionally the Momentum 3 got an upgrade in the hardware. There is now a USB-C port, which is the current standard. The Sennheiser Momentum 2 has a Micro USB port.

Which headset is better?

The three ANC levels and the Transparent Hearing are two strong arguments in favour of the new model. Also the automatic switching on and off as well as pausing is very interesting. The voice control may be nice, but in my opinion it's only relevant for a few. If you don't necessarily have to save money, then the Sennheiser Momentum Wireless 3* is still the better choice. In terms of sound quality, the Sennheiser Momentum Wireless 2* is still not a bad choice.

Tags: ProduktvergleichVS, Kopfhoerer, Sennheiser The article is written by Lucas B and published on 16.09.2019.